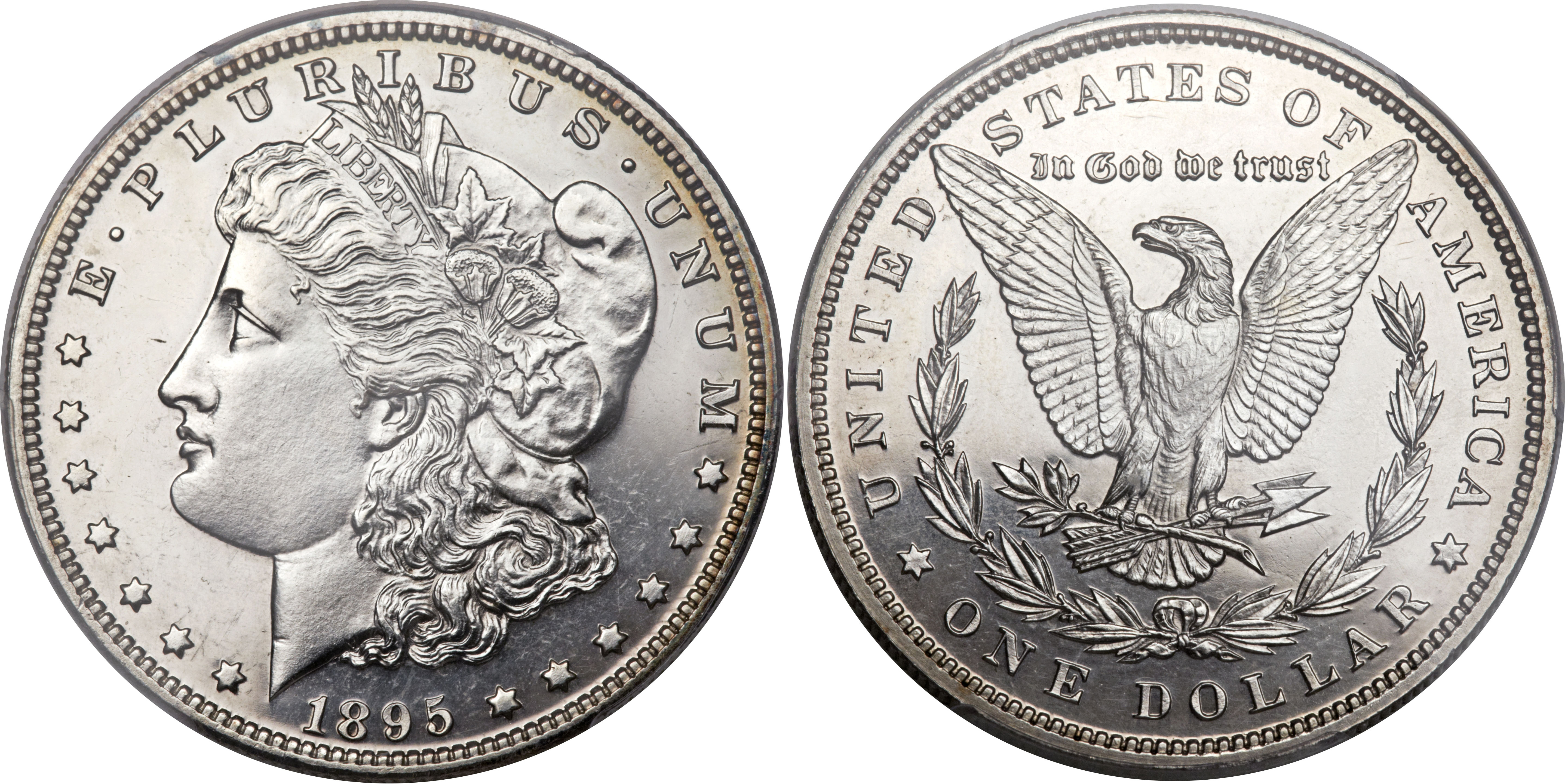 *Note: Business strikes have not been seen in public. Experts believe these were all melted down leaving only proofs.

1895 Morgan Dollar Value is affected in part by the price of silver, but mostly their value is determined by their mintage (survival rate), their grade and condition.

The mintage is how many were minted by the United States Mint and survival rate is how many 1895 Morgan Dollars have survived over the years. Grade is how much wear the coin has sustained during its time in circulation, and grades are from PF 1 through PF68, so a PF4 (Good) 1894 Morgan Dollar is worth at least $15,000 and one graded PF64 (Mint State) is worth around $60,000.

An 1895 Morgan Dollar graded value also depends on which grading service certified the coin with PCGS bringing top value and NGC, ANACS and ICG following in that order. Any other grading service holder is usually considered a raw coin by serious coin collectors and the experts.