Counterfeit – Fake Morgan Silver Dollars are numerous and some are so well done that it takes an expert to authenticate. So you should always weigh or give your Morgan Dollars the magnet test, but you should also know the design features and become familiar with die pairs (sometimes referred to as VAMS).

I recommend learning about the different dies by visit vamworld.com or buying Comprehensive Catalog And Encyclopedia of Morgan & Peace Dollars by Leroy C. Van Allen & A. George Mallis. It’s THE book on Morgan and Peace Dollar VAMs and die pairs, and the term VAM itself came from the initials of the book’s authors. 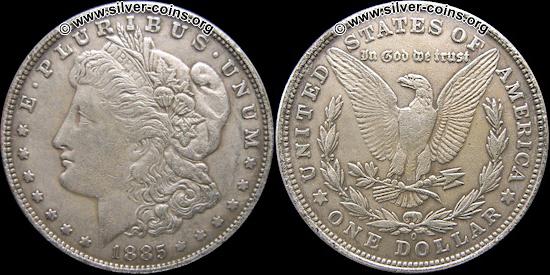 The above counterfeit Morgan Dollar has incorrect date and mint mark font and shape, and it only takes one small area of a coin to be wrong to signal that it’s a counterfeit.

The 1885-CC Morgan Dollar imaged below would fool most people but because of a few small details it is known to be a counterfeit. (It’s worthy to note that it was found in a fake GSA holder as well.)

This counterfeit example is 90% silver and weighs completely normal (28 grams) compared to an authentic Morgan Dollar; and this is the reason it’s important to learn about die pairs since a reverse CC die could be created from a Morgan Dollar and used to strike any date coin with a CC. However if you know the die pairs for the 1885 then you will pick up on irregularities when it comes to fake coins.

As you can see on this 1885 there’s areas of flatness in the fields, “bubbling” of one area, and scratches where the mint mark is. It can make you wonder just how many near legit counterfeits are out their in collections, yet to be identified as such. 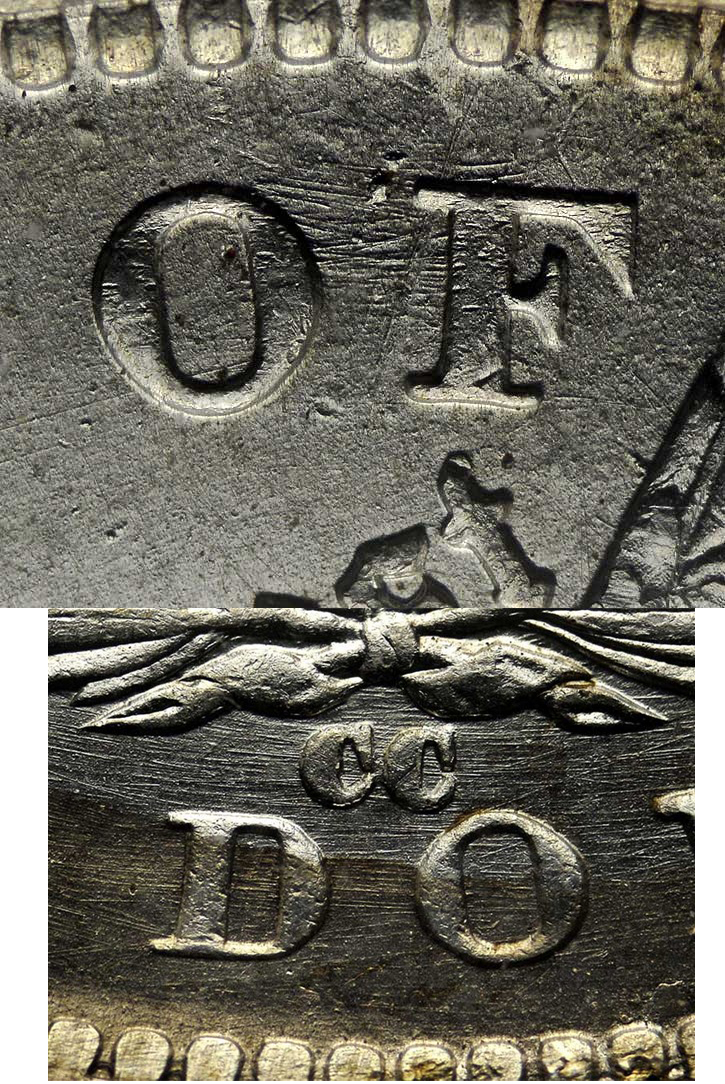 Photo courtesy of NGC and used under the Fair Use Doctrine

Buy Morgan Dollars by date and mint mark at ebay